I participate in the collective exhibition of the  with a photograph of the mural “Neither bodies nor neighborhoods are territories of conquest” was created during the 1st Feminist Festivities of Vallcarca in 2017, promoted by La Brotada, the feminist assembly of Vallcarca active among the years 2017 and 2019.
This mural was carried out collectively in a non-mixed creative encounter with the participation of women and dissident identities from the neighborhood. Currently, it can still be seen on Farigola Street. 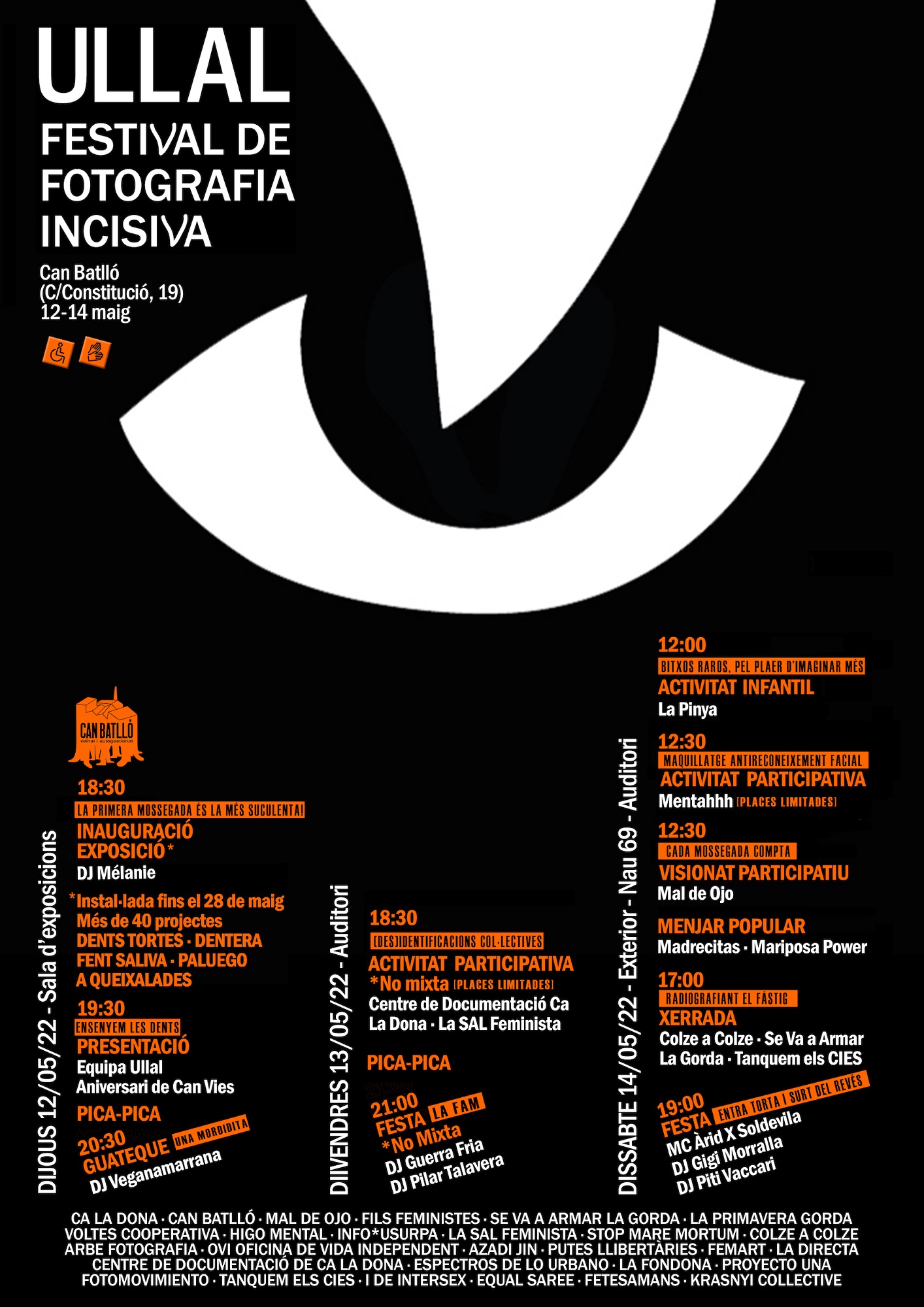 In a global context, loaded with fleeting and ephemeral images, but produced from a hegemonic visual regime, it is necessary to generate spaces for creativity that question the roles assigned by the media and institutional stories. In cities, there is an extraordinary visual memory related to social struggles, grassroots movements and dissident bodies and identities, which are what give them their claiming and revolutionary personality.

ULLAL wants to become a catalyst, in the scenario that is the city of Barcelona, ​​of this dissident energy and generate a visual archive that, from the present, continues to reflect it. We want to influence, from the photographic practice, the reality of those people, groups and events, who are often excluded both from the hegemonic field of vision and from the production of images.

ULLAL’s engine is twofold: on the one hand, the squatting of the dominant imaginary and, on the other, focusing on collective and social actions that, through daily and organized exercises of resistance, propose and demand a more sustainable and fair.

Date: 2022 Exhibition: Can Batlló Skills: Photography
Back | Previous | Next