LGTBI Voices is a documentary project articulated through interviews with various migrants people and / or asylum seekers for sexual or gender identity reasons; and that reflect on the displacements, limits, borders and precariousness with which they have been found and are found during the migratory processes.

A documentary that talks about cultural and political activism, and the fact of belonging or not to the collective networks that allow it to be channeled. The protagonists who tell these stories are, or have been, linked to the Acathi association and some of them have wanted to offer their testimony without making their identity public.

This work has been developed in collaboration between Idensitat and Xeito Fole, based on Xeito’s activist militancy and his personal link with the LGTBI collective. It is part of #NEXES, an Idensitat project that experiments around the relationships between limits, connections and precarious conditions that are generated in neighborhood contexts in Barcelona. It deploys processes of analysis and creative action to contribute to transgressing the limitations imposed by situations of vulnerability, and also to build links between ideas, people and diverse areas of the city.

The documentary was filmed during 2017 and 2018 and has been presented in two open spaces, generating a colloquium with agents linked to the context and theme. 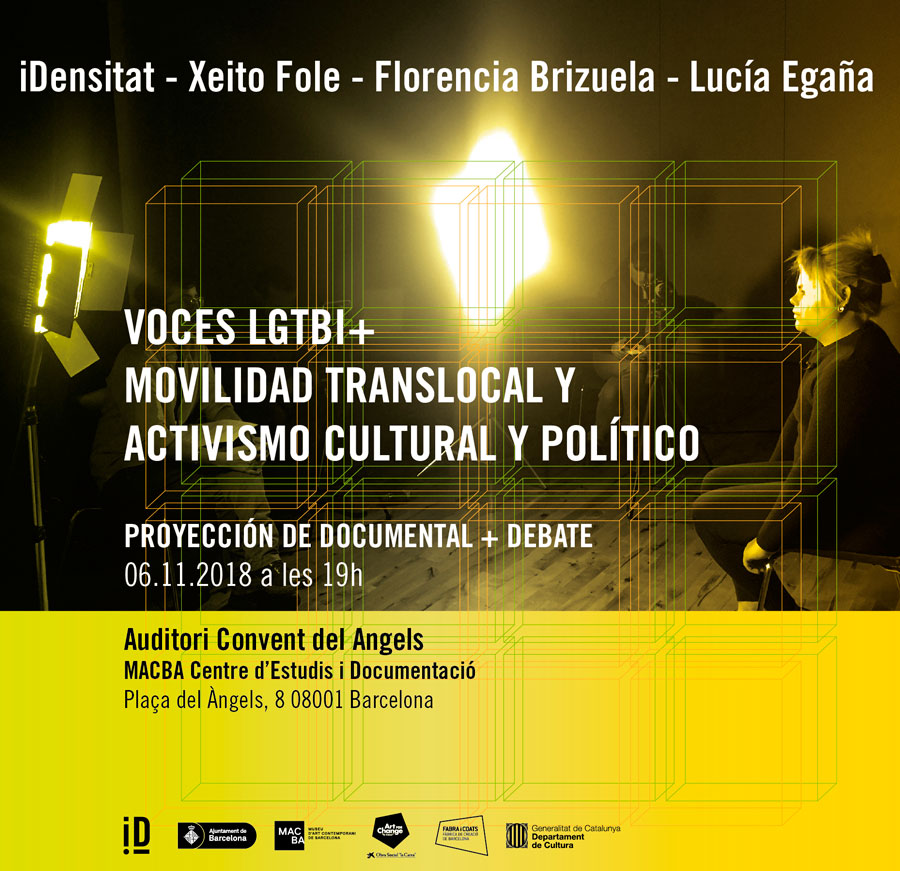